I first developed this recipe about 6 years ago. Mark and I were dating, and I wanted to treat him to one of my fancy appetizer recipes. He was kind enough to chop the mushrooms for me, and it did take quite a while. I was a beginner at working with phyllo dough as well, so that added even more time.

After a couple of hours, the phyllo appetizers were done.

I have come a long way since then!

To hasten up the chopping process, using the large holes on the grater attachment of a food processor shreds the mushrooms in a couple of minutes. As far as working with the phyllo dough… that just comes with practice. In time, you can get the process of preparing the phyllo cup appetizers down to just 10 minutes, but don’t rush this step if you are new to phyllo dough.

These mushroom and goat cheese appetizers are very filling, so if you serve them as an appetizer, two per person should be plenty. Mark and I sometimes have these as our entree - six of these phyllo dough appetizers makes a filling meal.

I like to serve these mushroom purses with a good red wine that has notes of cinnamon and clove over juicy berry flavors. My recommendation? Los Hermanos Manzanos Tempranillo - 2018.

Use coupon code BERINGER at checkout!

1. Melt 4 tablespoons butter in a large skillet over medium heat. Sauté the garlic until lightly browned, one minute. Add the herbs and continue to heat, stirring constantly, for another minute. Add the mushrooms, salt and pepper and cook, stirring occasionally, until the mushrooms give up their juices and the pan dries out, about 10 more minutes.

2. While the mushrooms are cooking, heat the remaining stick of butter (8 tablespoons) in a small saucepan over medium heat. When melted, whisk in the Chinese five spice. Reduce heat to low to keep warm.

3. When the mushrooms are finished cooking, remove the skillet from the heat and allow to cool slightly, about 3 minutes. Add the goat cheese and using a wooden spatula, break it up and mix it into the warm mushroom mixture until thoroughly combined and creamy. Set the mushroom mixture aside.

4. Prepare the phyllo dough by removing it from the package and laying it flat. Cover the dough sheets with a tea towel that has been dampened with water and wrung well. (Phyllo dough dries out fast and once dry, it cannot be worked with. Keeping the dough covered with the damp cloth will prevent it from drying out.)

5. Very carefully peel away one sheet of phyllo dough and place it on a flat surface. Dip a pastry brush into the melted butter with the Chinese five spice, tap against the side of the pan to remove excess butter. With light, quick stokes, brush the melted butter onto the phyllo dough sheet. (The best way to do this without ripping or wrinkling the dough is to hold one side of the sheet down with your fingers while brushing it in a direction away from your fingers. If this is your first time working with phyllo dough, this may take some getting used to. Just take your time, you'll get the hang of it!) You don't need a lot of butter for this step, just enough to moisten the sheet. When the first sheet is completely brushed with butter, carefully remove a new sheet of phyllo dough and place it directly over the one just brushed. Repeat this process until you have four sheets stacked, but do not brush butter onto the fourth (top) sheet.

6. Cut the stacked dough into four squares that measure about 3 by 4 inches. Repeat step four until you have 12 of the smaller squares. Place the squares into the cups of an un-greased muffin tin.

7. Fill each square with the mushroom mixture so that they are about half full. There should be about 1 1/2 to 2 tablespoons in each cup. Once all of the cups are full, lightly pinch the dough together to form a 'purse'. Leave a small opening on the top for steam to escape. You don't want to press the dough together too tightly, just enough to nearly cover the mushroom mixture but so that the dough is still somewhat loose.

8. Dip the pastry brush into the melted butter. Tap off the excess, then lightly dab the tops of the purses. It is ok if the dough layers separate a bit, in fact, you want this. This will create a lighter, flakier end result. You only want enough butter on the purses so that they brown while baking, you don't need very much - too much and the dough will become soggy.

9. Drain the remaining melted butter through a stainer into a ramekin, discard the residue. Keep the butter warm by placing it on top of the oven as the mushroom purses bake.

10. Bake the purses for 15 minutes at 325 degrees F or until the tops are golden brown. When done, remove the pan from the oven and let the purses cool for a few minutes so that you can safely handle them. Carefully lift them from the muffin tin with a teaspoon and transfer them onto a serving platter. Be careful that you don't break them! Sprinkle with sliced fresh chives and serve with the ramekin of the strained spiced butter. 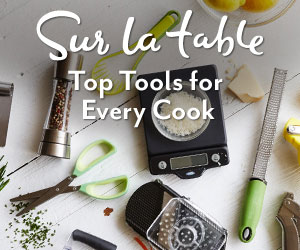